Destroy Walls To Get A Group Clicking With Itself

Destroy Walls To Get A Group Clicking With Itself 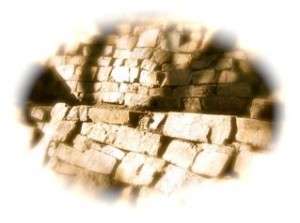 When it comes to implementing ideas and creating positive change, roadblocks are a fact of life. But a roadblock can be removed.  To get a group clicking again after it’s run into a roadblock, you need to eliminate that barrier to success.  One of the most effective ways to do this is to leverage the intelligence of the individuals in the group, by having them brainstorm with you about how to remove the roadblock.

One common roadblock is when knowledge and resources necessary for progress aren’t available or can’t be obtained in a timely way.  If the people in the group don’t have what they need already, they at least need to know where to find it and how to get to it.  But there’s the problem. Sometimes, that knowledge and resources are on the other side of a wall – and nobody looks there because they can’t see what’s on the other side of the wall.  They may not even have noticed the wall!

To facilitate the click, help your your group get access to the resources it needs by effectively tearing down any walls that stand in the way of progress. Identify and remove any barriers between the group and whatever it needs to work, clear the way for people to do what they know needs to be done, and they’ll get what they need and keep moving.

You can tell when people are up against a wall, because they stop going forward.  When they can’t get what they need, they focus on territory rather than a plan or purpose.

To remove the wall, engage the people standing around the wall to find their way past it. The magic words are, “How can I help you get past this?” and “What will work better?” Keep the focus on replacing the wall with something helpful, rather than merely dwelling on the existence of the wall.

A manager once explained to me his company’s main approach for tearing down walls: “Whenever someone makes an excuse, we do what we can to eliminate the source of it.” If somebody said ‘I don’t like my hours,’ the management was instructed to respond with ‘What hours would you prefer?’ If someone said “I don’t like this project,” management would ask what project she would rather work on. If someone said he didn’t like working with his team, management would find out who he would rather work with. With all excuses removed, there was no reason for people not to perform at their highest level.

What are the walls that you’ve observed at work that keep groups from working properly?  What solutions have you found?  I’d love to hear your comments and feedback.

Aden Nepom is a TEDx and keynote speaker, workshop facilitator, podcast host, and award-winning performer, who has taught thousands of executives, industry leaders, and individuals the simple yet powerful steps to communicate well.