Cynicism From Mixed Messages Can Be Undone By Straight Talk

Cynicism From Mixed Messages Can Be Undone By Straight Talk 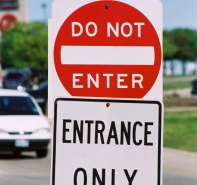 Getting the people in a group to click with each other, and with each other’s ideas, can be a challenge.  In large part, the challenge is created by mixed messages which leads to cynicism.  Then the worst of the Cynics start reflexively scorning the motives of others, and the whole effort goes downhill from there.

Cynics may initially find fault with ideas and with individuals. When this becomes their habit, or when they do it with intention, they can inhibit the good faith efforts of others to contribute, participate and cooperate.  Perhaps the worst form of cynicism is when it actually applies to the whole group.  If the attitude is, we haven’t clicked before, we’re not going to click now, well… you’re right. You’re not going to click. And the cynics who are certain nothing can possibly change will use that to justify contributing nothing of value themselves.

Mixed messages confuse people, and when they are confused, they become polarized and angry, or they collapse into silence and helplessness. That’s when cynicism starts, and the clicking stops.

The most common types of mixed messages are:

1.  A person says one thing and does another  (actions speak louder than words)

2.  A person insists one thing is happening or will happen, while any observer can see something else entirely taking place (frantic last minute scrambles that fail to meet deadlines, for example)

3.  Mixed messages can be sent simultaneously (someone nodding yes while saying no)

4.  Mixed messages can be sent sequentially (saying that your company values its employees on Monday and then the report comes out on Tuesday about the company shifting jobs overseas).

In the resulting confusion of mixed messages, our ability to buy into a shared focus falls by the wayside. You can’t talk to the group about the importance of cutting costs then show up with a new laptop.  Or exhort everyone to think outside the box yet meet every new idea with “That’s not how we do things.”

To clear the air when its been fouled by mixed messages, you need to notice the mixed messages, point them out, and then straighten them out. Watch for the confusion or cynicism mixed messages trigger, so you can step in and address them. If something makes little sense, and you’re the source of it, call attention to it quickly, to prevent conflicting signals from messing with people’s minds.  If someone else is the source of it, assume good intent and then straighten out the mixed message by separating the different messages verbally and then asking how they’re connected.  “You say you want to come at this a new way.  But you keep referencing the old way of doing it.  Help me understand how these two ideas are related.”

And make at least one of your messages that if people around you notice any evidence of cynicism, they can help everyone out by drawing some attention to it and asking about it.

Let me be clear.  Comments and feedback are appreciated here!  And you are invited to post them below.

Aden Nepom is a TEDx and keynote speaker, workshop facilitator, podcast host, and award-winning performer, who has taught thousands of executives, industry leaders, and individuals the simple yet powerful steps to communicate well.