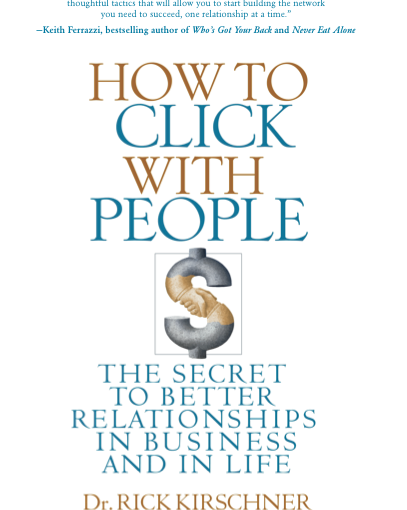 Here’s a big idea that may have somehow escaped your notice.   People express themselves through sensory sequences.  They’ll tell you what they see and how it feels when they see it.  Or they’ll tell you how they feel, and how that makes things look.  Or they’ll tell you what they heard, how that made them feel, and what they’re looking at as a result.  When you hear these sensory sequences and respond in kind, see/feel, or feel/see or hear/feel/see, you can click with people, and that’s because you are using the same sensory paradigm.

I received this message the other day from one of my coaching clients about the value of recognizing sensory sequences.  I can only wonder if it will make as much sense to you as it does to me!

“Hey Dr. K!  I found that the sensory language piece you taught me produced a result that was surprising.  I hesitate to use the term, but it was even magical!”

“I’ve been in serious conflict with my ex for the last 2 years.  We just kept going back and forth, having a lot of trouble communicating, so that simple problems were dragging on forever.  But after my session with you last month, I was reviewing what you taught me about sensory language.  And  I just had to pause and sit with it a bit, because it occurred to me that there was something big in it.

“It didn’t take me long from that point to realize that when my ex and I were communicating well, we used visual metaphors and feeling language.  When things were going poorly between us, she shifted into a hyper-emotional mode where she was wanting her feelings acknowledged, and I switched into a quasi-professional mode where I wanted to analyze obstacles in order to get a result.   Her emotions and my rational thinking would collide, we couldn’t get any of what I wanted done done, and she couldn’t get any of her feelings acknowledged, and it brought out the worst in us both.”

“I suppose it sounds a little corny and cheesy for me to say this to you.  But this is what I did.  Instead of my normal analytic response to her emotional communication, I said, “Let’s talk about the field of possibilities that are available for you and I.  It’s like there’s a meadow, a pond, and a waterfall in front of us both. We like the beauty of the meadow, and the peacefulness of the pond.  And we know not to go over the edge of the waterfall, because we know there are hard rocks at the bottom.”

“Crazy right?  But the next thing I know, we were both communicating.  And I really enjoyed it.  She did too.  Instead of doing my old habitual stuff with her, I was paying attention, thinking creatively, and bringing out the best in myself.  And that seems to have had the same effect on her.  We’ve been working through differences of opinion that seemed impossible a month ago.   The pieces are now falling into place.”

“If somehow I miss the opportunity to use a visual metaphor as a way of framing our conversation, and that does still happen from time to time, I can tell because that seems to trigger her into talking about her feelings in an intense way.  Only now, I use feeling language to respond, and she calms down much more easily.  She says, ‘You don’t know how this feels!’ and I say, ‘Well, help me get a handle on it.’  She says ‘I feel hurt that you just don’t understand.’ and I say ‘I don’t want you to hurt.  I want you to feel safe and protected when you share your feelings with me.’  And she’ll typically respond, “You do?’

“It sounds simple, and it really is.  But this has helped us settle a number of conflicts, and the more I do it, the easier it gets and the more obvious it becomes. It’s funny to me, because I didn’t notice any of this until you pointed it out. Thanks for making something that had been invisible so visible to me.  I have a feeling that, now that I’ve seen the light on sensory language, a few other relationships are going to become much clearer for me!”

Join this workshop's waitlist Be the first to find out when a new date is added for this topic! Please leave your valid email address below, and we'll inform you when registration for this workshop opens up again.